What is a Permit?

A permit is an instrument issued by a State or Regional Transport Authority authorizing the use of a motor vehicle as a transport vehicle in a specified manner as per the relevant provisions of Motor Vehicle Act and rules framed thereunder. Section 66 of Motor Vehicle Act, 1988 mandates for the necessity of permit to transport vehicles. However, transport vehicles belonging to Central or State Government, police, local body, fire brigade, ambulance, cranes and goods vehicle having gross vehicle weight not exceeding 3000 kilograms are exempted from the necessity of permit.

For obtaining a road permit the owner of a vehicle may apply to the Regional Transport Authority or the State Transport Authority in the prescribed application form. The granting of the permit will be decided by the concerning RTA or STA board, keeping in view the public interest of the area.

There are different types of road permits and they are:

Forms to be Filled 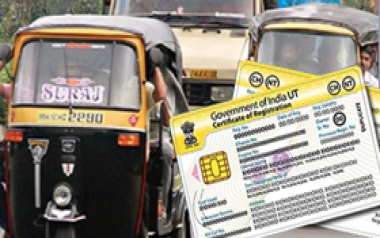